Hot on the heels of my last post, the Oxford group have published the results of their phase 1 and 2 trials on a vaccine against Sars-Cov2-19. They too have been successful in terms of what is expected from a phase 1/2  study; that is to establish if a product is safe enough and effective enough to be worth going on to phase 3 trials which if successful will mean they

become widely available to the public.

“A vaccine against SARS-CoV-2 could be used to prevent infection, disease, and death in the global population, with high-risk populations such as hospital workers and older adults (eg, ≥65 years of age) prioritised to receive vaccination.

…Immunisation with ChAdOx1 nCoV-19 results in rapid induction of both humoral and cellular immune responses against SARS-CoV-2, with increased responses after a second dose. Further clinical studies, including in older adults, should be done with this vaccine.”

In other words, it works.

Their vaccine was different to the RNA virus in the Moderna trial I reported on in the last post. The Moderna RNA vaccine recruits our own capability to make antigens which then triggers an antibody response in the absence of active infection. This vaccine uses harmless viruses which are modified to contain Sars-Cov2-19 spike proteins on their surface and again ‘trick’ us into generating an immune response to viruses before they arrive and giving us the capability of destroying the Sars-Cov2-19 by recognising its spike protein should we encounter it.
The Oxford vaccine had a head start in that similar techniques had been explored in attempts of develop a vaccine against MERS, that earlier cousin of COVID19 which passed directly from camels to humans, but thankfully (with a mortality of 35%) not from humans to humans.
The vaccine is called the ChAdOx1 nCov19 vaccine.
Bit of a mouthful, but Ch because the viral ‘vector’ has its origin in chimpanzees, Ad because the virus vector used to carry the spike antigen is one of the Adenoviruses, and Ox1 because it is the first vaccine from the Oxford group. nCov19 as the vaccine is directed against the novel Coronavirus ’19.

They enrolled 1077 healthy volunteers with no health problems and no history or suggestion of previous infection with Sars-Cov2-19 when tested. They were randomised into two groups; one getting the Sars vaccine and the other the vaccine against meningitis. A further small sub group was given a booster dose one month later. The age spread was 18-55 years, similar numbers of both sexes and an average age of 35.
Interestingly only 4% of the volunteers already had antibodies to the virus suggestive of previous asymptomatic infection. Anyone with any viral symptoms since February was excluded.
They describe the effect of injection of 5 x1010 viral particles. Yes, that’s the minute scale of viruses; in other words 50,000,000,000 viral particles are injected into the deltoid. The best dose had been calculated from experience with the vaccine against MERS.

In terms of tolerability, the vaccine was compared to a similar vaccine routinely used against four strains of meningitis and currently offered as routine to teenagers. Side effects, mainly muscle aching, chills, headache and fever were more common after the Sars vaccine than the meningitis vaccine but none were classed as serious, all resolved by day 7 and were reduced by the use of paracetamol.

Antibodies to the spike protein were generated by day 28 after the vaccine in 91-100% of the volunteers depending on the test used and they were shown to be capable of neutralising Sars-Cov2-19 in further tests –  so, success on that score. Levels of antibody were increased by a booster dose one month late and this second dose was not associated with as many side effects as the first.
Interestingly, cell mediated immunity was rapidly generated in the form of T white blood cells which are able to recognise and importantly remember the viral proteins even without any antibody response. These persisted at 56 days and are likely to continue as they have with other vaccines and infections.
So a ‘double whammy’ awaits the virus when the volunteers come across it – that will be monitored too.

These preliminary trial results are good news. They suggest that in the medium term we might reach a situation where there will be no more worry about Sars-Cov2-19. Phew! By then, many people will have acquired immunity naturally, and those at high risk can be immunised.
Phase 3 trials are under way in the UK and abroad, presumably in current hot spots like Brazil where trials will potentially be saving lives while we await the results we hope for but cannot assume. The more common the rates of infection in the trial population, the more accurate the results will be.

What about the aged?
Similar vaccines techniques against influenza have induced a significant immune response in the elderly in small trials. There is hope therefore that ChAdOx1 nCov19 will be effective for the elderly and the next phase will give us the answer to this critical question. Even with senescent immune systems, us oldies continue to have our ways of fighting back!
Availability
It may be that the production lines of these vaccines are worlking away even before the trial results are available. Personally, I consider this a reasonable risk to the public purse given the circumstances.
The ‘normal’ view has been that any vaccine will not be available until the end of the year at the earliest but the RNA vaccine is simpler to scale up and manufacture than ChAdOx1nCov19. Perhaps they will both have their place for different moments of the pandemic and even in different populations – time will tell.
The winter
By the winter we might be in the middle of a second wave, something that increasing number of authorities are concerned about when indoor life, low temperatures and falling Vitamin D levels all enhance viral activity and given the fact that the virus is still out there causing poorly 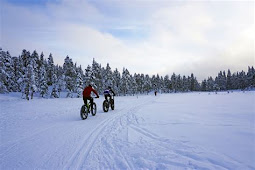 Here in the UK we have a dog’s dinner of a testing and tracing system; ‘world beating’ only in its dogma driven centralisation so as the autumn comes, so it seems very unlikely the virus will be gone as the Autumn heads into winter.
If a second wave does not arrive prior to a vaccine, and damaging restrictions have not been needed, then the place of vaccination might well be more selective. High risk groups the elderly and health and care sector workers – all those identified in the first wave as vulnerable.
We will also have found out what we are in for in terms of this years flu, and vaccines for this are likely to be rolled out in far greater numbers, 30 million I understand,  as having two outbreaks at once would be really tough for us all.
The future
One added advantage of the vaccine story is that teams and techniques will be more ready to react when the next inevitable spillover of pathogens from the natural world comes along. (Unless of course, we learn to live with our remaining natural habitats and treat them with due care) For those vaccinated or infected, some cross reactivity with the next novel coronavirus will be likely, though not guaranteed.
It would be great to have ways of testing T cell immunity more widely, but the tests are too expensive for this right now; perhaps this will change. If so it would vastly improve the way we can track any further pandemics and clear the fog surrounding what herd immunity means in reality.
Whatever happens, we will have to pick up the debris and so many challenges remain in terms of the many faceted threats we all face. The worst of the pandemic will fade into the past, but will still leave us with a future as threatening and change as urgent as ever.
The failure of global politics to get to grips with reality, mitigated somewhat by the many new networks formed in the scientific world, still leaves some very inadequate leaders in power here and elsewhere. International co-operation, so essential for the future, looks shakier than ever.
The ‘old abnormal’ is simply not survivable.