Misinformation is booming. In terms of my intended series of posts on the online world and the pandemic, there are despairing oceans of nonsense to choose from.

Comments on this blog led me to “Americas Frontline Doctors”, for one. Their eloquent spokeswoman makes many claims which sound great but don’t stand up to the least scrutiny. That she was filmed wandering around Capitol Hill on January 6th rather shows where she is coming from.

Another passionate reader told me of a group of health professionals who considered the whole pandemic an invention. I watched the half hour presentation and felt myself annoyed that anyone connected with health, however loosely, could broadcast such a corrupted view of reality. You can get away with anything on line!

It seems odd that many rail against the culture of “fear” they feel is generated by the Mainstream Media, but go on to paint a picture of something far more terrible themselves, diverting and amplifying fear for all they are worth. Having looked at quite a bit of this sort of stuff, I am amazed by what can masquerade as “Truth”. 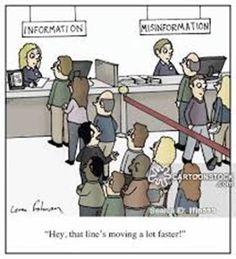 With the problems of the winter waves, new variants popping up left and right and the vaccine hesitancy on the decline, I hope that some of these propagandists will wise up, or at least be increasingly seen for who they are. However, one particular group caught my eye.

Having posted on the Great PCR testing non-hoax, (see here) and the the interesting balance between the problems with the test (a few) and its advantages (many), I was disappointed though hardly surprised to read of intentions to sue HM Government for alleged damage done by PCR testing by a new group called “PCR Claims”. So I thought a closer look at their legal claims would be worthwhile – are they just more armchair ambulance chasers?

With on-line misinformation rife, let’s have a look at the detail. They have an in house legal counsel and have set up an website called “PCR Claims” along with Facebook and Twitter pages. The glossy website takes the form an advert for people who feel they have been damaged by a positive PCR test and the subsequent isolation. They state that “It is our prediction that this will become the biggest lawsuit against the government ever seen in this country”. Their services will be free, so I assume it is no win no fee operation.

On the front page, they set the scene with a crying child having a nasal swab, and their featured experts are a graduate who states her expertise is tutoring A level science, and Emma Kenny a TV celeb psychologist. Hummm.

Then to their “evidence” page. From the volumes of available research, they select a BMJ paper which states that the PCR test is not that useful for mass screening, though this is not currently how they are used, and a paper critical of PCR testing which itself was criticised in an accompanying editorial to which they don’t refer.

They go on to claim:

“The NHS is not overwhelmed, admissions are at normal seasonal levels. Death levels are in line with the 5 year average ..”

They have not edited this nonsensical statement after the winter waves, NHS overload and increased levels of mortality.

Their resources and articles page features many clips and articles I find myself familiar with. To say they selectively use information is an understatement. They quote one Lancet paper which analysed just 90 PCR tests, and ignore many other  papers which don’t support their view.

They feature commentators well known as sceptics and many papers written early in 2020 and none which look at the experiences of this winter. They include an article on Long COVID, another on health and safety at PCR labs, which seem irrelevant and in some ways counter to their case.

They have, for instance, been encouraged by Toby Young author of the “Lockdown Sceptics” website, famously wrong in his autumnal claims that the pandemic is over, that the NHS won’t be overloaded, and purveyor of poor arithmetic, as well as other pundits from what can reasonably be called the libertarian right.

Given any scanning of the “evidence” on their website, their case stands little chance of success. Indeed, the basis of “PCR claims” relates to asymptomatic mass testing which the PCR has not been used for. That is the more controversial Lateral flow tests. Expect a “Lateral Flow Claims” website be set up soon? The voluntary nature of the test might make this tricky.

Perhaps they will aim for parents who have had to stay at home to look after asymptomatic children who have been sent home after someone else tested positive at school? Or forced to isolate after a positive test for a close contact? Or quarantined after retuning from abroad?  In other words, the removal of liberty form those without symptoms.

A recent case in Portugal might have encouraged them. Four German holiday makers were prevented from going home after a compulsory PCR test came back positive and forced them to quarantine for two weeks. They felt well and took their case to court. The ruling was that a PCR test could not be diagnostic on its own and they won.

This judgement was lambasted by Portuguese scientists, and from my own understanding of the judgement, I agree. The judgement rested on the issue that no doctor was involved in decision making and so the clinical situation was not taken into account with the test result.

There is no comment from the court about how to manage this situation. The claimants might have been about to develop symptoms, or potentially be shedding virus without symptoms. To prevent them boarding a plane seems the right decision, given the small risk of a significant amount of transmission. A repeat test might have helped too.

The result was seized upon by right wing on line outlets and claimed to be a victory for freedom. It was. The freedom to infect others.

However surely our experience of this pandemic means that finding cases and their contacts and rapidly isolating and supporting them is the foundation for pandemic management.

It will be interesting to see how PCR claims get on. I cant help but feel if the misrepresentations on their website are examined in  court they will be easily demolished, so what is the point? MAybe just more “libertarian” publicity?

Further, at a time when our legal system is at even more stressed than the NHS, their aim to create “the biggest lawsuit against the government ever seen in this country” lacks morality.

Perhaps next we will see a big lawsuit for all those falsely reassured by negative tests, but who went on to spread the infection and become ill themselves?

I don’t think this would appeal to ‘libertarian right’ who put personal freedom to do whatever they want before our responsibility to consider the effect of our actions on our families, friends, the wider community and the world at large.

I rest my case! 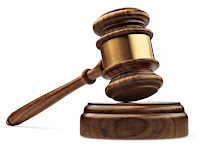 One thought on “Misinformation 2 – Lawyers get in on the PCR non-hoax.”