Boris Johnson has repeated what he likes to do best. Answer questions about the failings of current projects by announcement of bigger better projects. A strategy which seems to deal with problems by issuing promises and repeating the process.

This time he has announced another world-beating project for mass testing which he announced is the “only hope for avoiding a national lockdown before a vaccine, something the country cannot afford”. This makes me feel rather angry. Not only will vaccines be some time in coming, but they may well not answer all our problems. I agree that national lockdowns are simply no longer affordable, creating far too much damage and may not even work at this time of the year, so let’s have a critical look at his most recent promise, Operation “Moonshot”.

Essentially a project to increase COVID19 testing to levels which would allow everyone to know whether they are infective on a weekly basis and allow those with a negative test be able to continue normal activities. Or, if they are confirmed positive, isolate and trace contacts. With rapid widespread testing, BoJo thinks, we could all go about our business and get the economy back to normal.

Its ultimate aim is to keep the Ro number below 1, and so for the outbreak to fizzle out. It will be organised by consultancy firms like Deloitte, and involve a whole new logistics infrastructure and workforce. It will be unique in that no other country has yet contemplated such as system. It needs the development of new tests and technologies.

Testing technology is far from perfect. Our current PCR tests are right now the best we can do, but have plenty of problems of their own. They can miss early infections, give positive results in people who are no longer infective, generate false positives and miss up to 30% of people with infections. When performed for people with symptoms, this is not so much of a problem, but the more tests you perform and the more people you test, the more significant these errors become.

The new tests proposed for Moonshot are what are termed point of care tests, rather like pregnancy tests. They need to be calibrated against the gold standard which is culturing the viruses themselves, though with viruses even this is tricky and expensive as the only place you can grow them is where they live, inside cells.

Some use a variety of non-PCR based technologies and there is an admission in the leaked documents that the tests are likely to be less accurate and thus introduce more risk. The notion is that these tests are more likely to pick up an infection even though they might also miss more, meaning repeat testing becomes important.

Might new tests come to the rescue? In the UK we have the NudgeBox machine which uses the PCR tests from nasal swabs and gives results in 90 mins. 6% of its results are false positives, though it doesn’t miss any infections. 5,000 are being trialled in London hospitals.

The LamPORE test uses nasal swabs or saliva with 1% false positive with again few infections missed. They have been bigged up by “Handsfree” as giving results in 90 mins, though again the reality is different – results in about 6.5 hours. These will soon be available more widely.

Saliva based tests might be better, and Optigene have developed one which they say is more accurate; its being trialled in the University of Exeter. A Korean company has made a pregnancy test type kit and Germany has bought 20 million already. This is despite missing 25% of early infections.

So quality control seems poor, and there are not common standards here or elsewhere. This might be seem as splitting hairs in the middle of a pandemic, but it is critical for the tests be be properly trialled.

Tests are rather like drugs, they have benefits and harms. Proper evaluation is therefore important, yet many of the tests proposed for Moonshot have not been subjected to scrutiny with information on their accuracy coming from trials run by the manufacturers and as yet not peer reviewed.

More to healthcare than testing?

Once again, for testing to work, it needs to be rapid, backed up by effective contact tracing and then support for those who require isolation. This has not happened, and testing is now leading to blunderbuss restrictions due to the detection of otherwise healthy “cases”, in particular causing chaos in the educational system and for society at large.

Missed cases: The ONS conduct a survey of asymptomatic people every week and for the week of 12-19 of September, for example, they estimate that there were 103,000 people in England with the infection. During that time we conducted an average of 230,000 tests a day and picked up 25,700 positive tests over the week. If the ONS survey is an any way accurate, this means that for every “case” we are detecting, we are missing four. This goes some way to explaining the spread of COVID19, so often a silent infection. How can this prevent the spread of COVID19?

In other words, many people with the infection have no idea they are infected and so will not seek a test. Further, some may be reluctant to do so if it compromises their ability to provide an income.

Now imagine, with all these uncertainties and proven problems, expanding testing to 10,000,000 tests a day. If the test is 99% specific, (very optimistic) that means it will generate 1 false positive in a 100 tests, in other words, 100,000 people will test positive when they are not infected and who will then isolate needlessly. This would create economic damage and expense in the need for further confirmatory testing with current PCR technology with all its delays and inherent problems.

Rather than trying to screen the whole population in one big monster project, it might really be better to target key workers and those most vulnerable. The case fatality rate could, for instance, be halved by protection of care homes which means rapid testing for staff there as well as in hospital.

The whole thesis of the scheme is based on computer modelling rather than any actual evidence. But, as we have seen in Scottish students, that aim might well be confounded by finding the virus is more widespread and transmissible than we think.

Multiply the significant numbers of false positives and negatives and the administrative nightmare we are seeing right now and it is reasonable to wonder if Operation Moonshot might have to abandon and crash back to the ocean, sinking with it huge amounts of resources, pollution and the lost opportunities for more sensible spending. 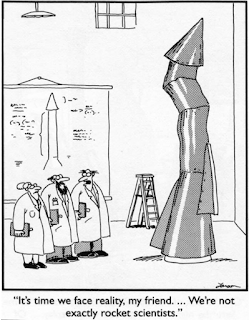 I wonder what is happening in the back room at Number 10? The project seems to tick boxes for quick dazzling headlines, transfer of future income to the private sector as well as playing to Johnsons insatiable appetite for world beating fantasies like the Thames garden Bridge, Londons Island Airport and water cannons with which to blast green protesters. Our Health Secretary, “Handsfree” Hancock, also gravitates towards technological solutions, even when the problem is not technological. World Beating” is becoming more hackneyed each week.

Added to that is the dash for the mountains of cash available to the winner of the race to produce the first point of care test, governments keen to spend billions and the winter approaching, then it seems to me we are heading for more problems and failures.

The underlying thesis is that this pandemic needs a fix, and there must be one out there! The reality is far more complex.

Further, if Moonshot will not launched until sometime next year, by then we will know a great deal more about the pandemic and how to respond to a winter long pandemic experience.

One other aspect of this scheme is the physical waste it will generate and Im sure the environmental considerations will not have been considered. We are already generating a mountain of waste from masks and cleaning equipment, estimated to contribute to a 20% increase in solid waste in Cornwall.

Images of face masks floating in the oceans and those I have seen discarded in the lanes of Devon are a reminder of the need for whole systems thinking in planning. The tests will, once done, end up in the bin; 60 million of them a week – and for how long?

The proposal will cost over £100,000,000,000, that is £1,500 for every person in the country. It is also likely to be a significant underestimate. Anthony Costello, former director of Maternal and Child health at the WHO has called the funnelling of such massive sums to the private sector as “waste/corruption on a cosmic scale”. I agree, it will immediately fell much of the Chancellors recently planted money forest.

Opportunity cost is not a loose economic theory. Think of the problems that could be solved by an injection of £100billion. The transformation in health generating cycling and walking facilities in our cities; establishment of a system of Universal Basic Income to increase freedom and reduce poverty; a much needed boost to carbon capture industry; the cash encouragement needed for modern faming to embrace the new age of quality food and carbon sequestration which can enhance rather than destroy the environment; effective marine management to increase biodiversity and fish stocks…this list could go on.

To spend this sort of money on a project which is not based on sound evidence, on the back of failure with simpler systems, and in times of economic suffering is simply immoral.

I rest my case. 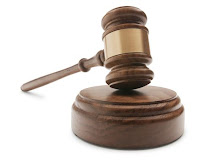 One thought on “Mass screening – Moonshot or Moonshine?”