Skip to content
I visited Tavistock yesterday and found it a bit eerie. Half the shops are still closed and pedestrians sparse. There was a faint atmosphere of optimism among those I talked to and hopes of getting through the year pending recovery next year. Another Plan A.
We are on the downslope of the curve. Cases and deaths are slowly falling and the restrictions are being lifted as we enter the ‘new normal’ mixed with much of the ‘old abnormal’. Yet with the easing of restrictions, how worried should we be about further outbreaks?

The R number has almost become a part of the culture; not a day goes by without hearing it mentioned somewhere. If it’s more than 1 the pandemic is growing; less that 1 and its going away. As simple as that. 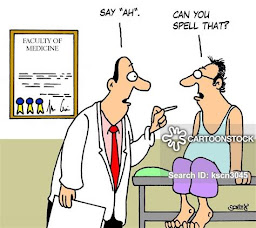 Its therefore not surprising that headlines were made when the R0 number for Germany suddenly went up to nearly 3!
The sudden increase in the otherwise well managed pandemic in Germany is due to a significant local outbreak in meat processing plant, (1,500 cases and a lockdown of 36,000 people) but their total number of cases remains low.
With a low level of infections, the R0 number seems to matter less. Any outbreak will push it up. Effective local measures will bring it down.
We have to admit we lag some way behind these more organised, collectively bright and technologically advanced nations. Yet even they are proving that absolute victory, that jingoistic call from politicians more used to military metaphors than biological reality, is clearly not possible. I get the feeling that we are in more more local outbreaks in the UK.
If so, local lockdowns and restrictions are likely to become a part of our culture too. The virus seems still to be very much around, and outbreaks seem to be concentrated in certain indoor activities. Like those of our intensive food industry.

While in South Korea outbreaks seem to have started in Churches and nightclubs, many of the outbreaks elsewhere seem to originate in meat processing plants. I have posted before about the influence of “Big Farmer”, whose displacement of traditional farming in China is likely to have played a big part in the emergence of the virus from its reservoir in bats.
Early in the pandemic there were significant early outbreaks in meat processing factories in the USA. Astonishingly, over half their outbreaks came from factories killing, processing and packaging chickens beef and pigs, and the number of outbreaks seems to be growing. Why?
Behind these numbers lay poor protection of underpaid staff, working long shifts in crowded conditions. Their poor heath and terrible working conditions have come about due to de-regulation over the last few decades. Trump, despite his otherwise casual approach to COVID19, declared meat processing plants essential infrastructure after the conveyor belt of meat from the factory farm to the plate were affected.
Yet the outbreaks continue. Companies made adjustments, but the whole infrastructure of these factories is designed around the need for speed and profit and can therefore hard to adjust.
According the International Union of Food Workers:
“Despite U.S. President Trump’s April 28 executive order requiring  meat plants to remain open, 47 meat and poultry plants were temporarily closed as of May 11 due to the rapid spread of worker infections.  Confirmed COVID-19 cases jumped 40% in the week after the executive order in U.S. counties with major beef or pork slaughterhouses, compared with a 19% rise nationally. At least 30 meat workers have died and thousands have been infected.

Two meatpacking plants in Alberta, Canada, have given rise to nearly one in six of the province’s 3,400 cases of COVID-19.”

Many meat processing plant utilise migrant labour who are housed in cramped dormitories and bussed to work in sardine like conditions. Air flow patterns, lack of any potential to distance, having to shout above the noise of the factory floor all make these places ideal conditions for COVID19 to run rampant and then spread to the surrounding community.
If you want to find out more about how the virus is spreading through the food production sector in the US, then go to the excellent Food and Environment Network.
Yet, as might be expected from the global nature of Agribusiness, this is not just happening in the US. Around the world it seems that the conditions in these food factories are fuelling the pandemic, with outbreaks in Australia, Brazil, France, Ireland, Spain and Canada. We have our own outbreaks in a number of meat processing plants in the Wales and Yorkshire. I suspect there may be more.

Another factor might be the cold conditions in these factories which the virus prefers. However, there have not been similar outbreaks in other sectors such as dairy and frozen food factories which also require low operating temperatures.
If it were the case that low temperatures are in any way behind these multiple outbreaks it would imply that next winter is likely to be a big problem. I personally do believe that cold could be a factor, but this can’t be used to hide the basic design flaws of the whole food processing system from start to finish.

The message on the supermarket shelf:

The pandemic not only has its origins in increasing industrialisation of food production in China, but is now being fuelled by the whole global process of delivering low cost and low quality meat to the table.
In reality meat is a luxury food which has been made commonplace throughout the world by some pretty horrendous intensive farming practices. That cheap slab or beef, bacon or the £2

chicken on the supermarket shelf comes with gigantic hidden costs. Introduce stress into the system, like a pandemic, and the whole edifice and ethos of cheap meat starts to crack.

Higher quality meat might seem more expensive, but it would be far cheaper for society as a whole.
The profits of the meat processors are dwarfed by the costs to us all, in taxes, destruction of  traditional farming and the soil as well as the many costs which will have to be picked up in the not too distant future. The profits go to the corporations and the costs are paid by local authorities, national governments, you and I.
There is no such thing as cheap meat.

Trade Deals and Brexit – it could well get worse –

There are other messages from the COVID front line. A trade deal with the US is very much on the cards and is currently being negotiated behind closed doors. It will inevitable seek to remove many of our regulations regarding food quality, and enable the imports of food we would have, pre-Brexit, considered to be substandard.
In the US, 95% of small family farms have been lost over the last few decades, a sad trend we we are seeing here and which a trade deal will accelerate.
Worryingly, the government recently prevented proper parliamentary scrutiny of the process and it seems likely the Americans will get much if not all of what they want. After all, what are our bargaining chips?
Further, it is glaringly obvious that we need more and better regulations for the protection of soil, the production of food, in particular meat, for the protection of workers in the sector and consumers whose health is compromised by processed meat.
Politicians who promised “world-beating regulation” before the EU referendum need to be true to their word, but its not looking like they will.
Our experiences with COVID show that much of the anti-EU drive to reduce the ‘burden’ of regulation could not be more inappropriate.
In the meantime, we consumers are at the very end of the food pipeline.
Be careful what you buy.