I clearly remember the increase in workload in general practice as the summer ended and school term started, particularly with universities competing for students from all over the country and indeed world; a phenomenon which gives viruses a free ride.  I would know when the summer was well and truly over by the suddenly busier clinics and the preponderance of respiratory infections.

So a consistent increase in positive COVID19 tests and cases is to be expected as schools and universities get back into action. Unsurprisingly, positive tests seems to be mainly in the younger age group but there is a slight increase in the number of hospital admissions which is now a cause for concern. On the 9th of September there were 192 admissions for COVID19 in the UK, while this is a small number compared to the spring, this is about double the number the previous week.

Thankfully deaths remain low; 6 on the 11th September, but there is always a lag between infection, diagnosis, hospital admission and death. This is mirrored in France where 80 people died on the 11th September after a summer with daily deaths in the twenties or lower. What happens in the next few weeks will be critical is predicting what the next few months will bring.

As well as the migration of young people to universities, return to schools and new jobs (when they can get it!) the most significant physiological feature of this time of the year is falling Vitamin D levels.

This would usually be happening from September onwards, but levels may well have be falling earlier after one of the dullest Augusts I can remember. Although the weather is a little better in September, sunny days have been scarce, UV levels dropping, and the indoor life continues to dominate, particularly for those shielding or during restrictions.

The graph above shows the pattern in vitamin D levels in 2002-4, and if you take the normal level of 70nmol/l it shows that very few people have levels of vitamin D which are needed for immune health. As we head for the winter, this is becoming more important.

Now, an important study from Spain highlights the benefits of Vitamin D during this pandemic.

A randomised double blind trial of the effect of Vitamin D on COVID19 outcomes of 76 patients  looked at the effect of taking Vitamin D when admitted to hospital with proven COVID19. This was a small study but with big findings. They wanted to know if treatment with Vitamin D affected admission to ITU or death. This is what they found:

Only one of the 50 patients (2%) who were given the fast acting version of Vitamin D was admitted to Intensive Care, against 13 (50%) of the 26 patients in the placebo group. There were no deaths in the treatment arm, and two in the non-treated group.

“Our pilot study demonstrated that administration of a high dose of Calcifediol or 25-hydroxyvitamin D, a main metabolite of vitamin D endocrine system, significantly reduced the need for ICU treatment of patients requiring hospitalisation due to proven COVID-19.”

They are proceeding to a larger study which I hope will attract the necessary funding but these results are incredibly encouraging, suggesting a far greater positive effect than dexamethasone, remdesivir, or indeed any treatment to date.

They used a a fast acting form of Vitamin D called Calcifediol as levels of D3, the usual supplement, build up over the space of a few weeks and would not help in the acute situation.

They summarise the potential benefits of Vitamin D with COVID19:

This is against the background of studies which have showed the clear associations between vitamin D levels and the incidence and mortality from COVID19.

Further information has emerged from a computer analysis of how COVID19 does its damage. Despite not being ‘alive’ in the conventional sense, the virus plays havoc with the metabolism of a couple of molecules called bradykinin and hyaluronic acid. Bradykinin plays an important part in epithelial damage and blood clotting seen in COVID19 and Vitamin D plays an important role in its regulation.
Hyaluronic acid is responsible for filling the lungs with a sticky substance (think slug slime) the presence of which in the lungs of COVID19 patients mystified doctors earlier in the year.
More on this later, but this provides more evidence that Vitamin D is a big part of this story and is another good reason for making sure you have the levels of Vitamin D which up to recently, have been the norm.

Why is this not standard advice?

In the middle of a pandemic, the sound physiological reasoning behind the use of Vitamin D, our current low levels of Vitamin D in the population, clear associations between Vitamin D levels and outcomes and now this study does not seem to generate the headlines it should. It was briefly reported in the Daily Mail albeit with emphasis on the imperfections of the trial rather than the hopeful message it contains.

The other main problem is what we call the inverse care rule. In our inequal society, those who need it most – the obese, those eating a poor diet, living in a polluted area, smokers, those with other illnesses, and the deprived, are the ones least likely to take vitamin D, or even be aware of its benefits, so sing it from the rooftops please.

Supplementation is particularly important for those in the BAME community who have been hit hardest by COVID19.

Suffice it to say that in the middle of a pandemic the evidence that Vitamin D is useful is good enough to recommend its widespread use as we face the winter. 4-5000iu daily will usually bring levels up to what can be considered normal. Like many people with MS, I have been taking this dose for the last 8 years since my diagnosis and without any problem.

In full sunlight, the body can make about 15,000iu of Vitamin D daily, so this dose will not do any harm, so get whatever sun you can while you have a chance and while this autumnal mini heatwave lasts.

As I write, I look out of the window and see squirrels busily harvesting nuts and burying them in the garden. They are preparing for the winter. We should too. 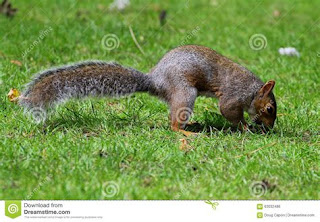